How Will the U.S. Align and Optimize 5G Solutions for Smart Cities?

Public Wi-Fi networks are ubiquitous; in some cities, you could turn off your smartphone’s cellular network connection and seldom lose your data stream as you travel through the city. Trains and subways are scheduled and controlled in many functions through central terminals and remote monitoring.

The data network also lets ridesharing apps operate throughout the metro areas, documenting precise locations and arrival times, all while seamlessly handling the financial transactions riders use to pay.

One could argue cities of today are pretty smart, already. But all those components lack a data-driven nervous system to make them function as a single organism built for our productivity and convenience – the promise of a truly smart city.

That functional nervous system is 5G, or fifth-generation wireless technology.

It’s hard to understate the transformative impact widespread 5G implementation will have on businesses.

“(5G) is … vital to the so-called ‘fourth industrial revolution,’” states a 2021 policy paper from the global wireless service provider interest group, the GSMA. “5G is expected to underpin and enable many of the components of this revolution including the internet of things (IoT), cloud computing, cyber-physical systems and cognitive computing. From automated industrial manufacturing and autonomous cars to a vast array of connected machines and sensors, 5G enables smarter and more efficient businesses and industry.”

Without this crucial wireless nervous system to stream data among devices in near-realtime, your car can stream music for you, but it can never drive you to the concert. Garbage trucks and street sweepers still need human drivers, and trains still fall behind schedule constantly because of communications failures and time wasted diagnosing mechanical problems. Surgeons, mechanics and other hands-on professionals still mostly need to be in the room to take care of whatever problem needs addressed.

All that is poised for change, however.

The GSMA states 5G technology will provide the following solutions missing in our broader wireless infrastructure today, including:

Fifth generation wireless is not a brand new, foundational technology. Rather, it’s an expansion and refinement of existing knowledge of the wireless spectrum and a set of techniques to build devices that navigate it efficiently.

The futuristic solutions mentioned above are not yet a reality in most of the U.S. because it takes a while for engineers to develop the infrastructure, supporting components and software to support new communications innovations.

But we’re catching up, quick.

How Will 5G-Powered Smart Cities Roll Out in the U.S.?

The U.S. on the cusp of the development of smart cities. Firms have built new factories, expanded and retooled to manufacture the transmitters and sensors that will empower AI and the internet of things to improve and extend our lives.

Ericsson, for example, launched its $100 million, 20,000-square-ft. smart factory in Lewisville, Texas in 2020 to build the advanced antenna system radios that will connect the devices, businesses and utilities in 5G deployments throughout North America.

The factory, itself, is fully connected on a 5G network that organizes the agile operations and flexible production at the facility. The shop floor’s 5G-powered components include:

The setup of such private-sector facilities can give us a valuable window into how we can implement similar solutions in U.S. cities. Efficient use of transport and power resources are important on both a factory level and on a civic level, for instance.

And though the U.S. is behind some parts of Europe in hashing out initiatives to implement these revolutionary improvements, the federal government and some states have been studying and funding outside research on these issues for years.

Smart meters, for example, applied to homes on the electrical grid can adjust delivery based on use patterns and meter the power from on-site solar panels to distribute excess generation to other grid users.

But retooling the grid will be a massive effort requiring close public-private cooperation. To further this goal the feds set up SmartGrid.gov. This is the clearinghouse for information on all the diverse U.S. federal government initiatives aimed at modernizing the aging grid, in large part with 5G-powered smart sensors on home meters, switching stations and other points throughout the grid.

The U.S. Department of Transportation started a different smart-city focused research project in 2015. The DOT leveraged $350 million in grants for cities to outline and solve potential problems with implementing 5G upgrades to their public transit systems. Cities like Portland, Ore. and Columbus, Ohio used the grant money to come up with technical solutions to various problems anticipated with the implementation of 5G-data-driven public transit. Cities also submitted proposals for 5G-enabled expansions and improvements.

Who Gets to Operate 5G Infrastructure?

For the last several years, the U.S. Federal Communications Commission has been auctioning off sections for the spectrum designated for 5G to wireless providers all over the U.S. in preparation for the nationwide rollout of this transformational technology.

Some parts of the spectrum are unused because of outdated rules or licensing conditions the FCC says it’s working to adjust.

The FCC has auctioned off or is working to otherwise release licenses for 5G-use of more than 5.6 GHz of bandwidth across the wireless spectrum, in total, according to the commission’s website.

In 2018, for example, 34 wireless companies spent more than $700 million at auction for licenses in markets across the U.S. in just the 28 GHz portion of the wireless spectrum designated for 5G, according to FCC documents.

The FCC is selling off (or preparing to sell) space for 5G applications in other high-band parts of the spectrum, including:

“The FCC is also working to free up 2.75 gigahertz of 5G spectrum in the 26 and 42 GHz bands, and it has initiated a proceeding to make more efficient use of additional millimeter-band spectrum in the 70/80/90 GHz bands,” according to the agency’s website.

The FCC has updated its licensing rules for the 2.5 GHz band and other mid-band parts of the spectrum.

“The 2.5 GHz band (2496-2690 MHz) constitutes the single largest band of contiguous spectrum below 3 gigahertz and is prime spectrum for next generation mobile operations, including 5G,” according to a 2018 FCC press release. “Spectrum in this band, however, currently lies fallow across approximately one-half of the United States, primarily in rural areas. Moreover, access to this spectrum has been strictly limited since 1995, and current licensees are subject to outdated regulations.”

The FCC is implementing “targeted changes” to the following portions of the spectrum with the aim of opening the space up for 5G applications:

Unlicensed portions of the spectrum will be necessary for advancements in WiFi technology and the internet of things. As a result, the FCC states it is “creating new opportunities” for use of the following parts of the spectrum:

How Can a Smart City Align its 5G Solutions with Pro-Social Goals?

The initial vision for a smart city assumes the actors in the smart city plan all have pro-social goals in mind, and the market works perfectly efficiently to empower true competition that fosters innovation.

These ideal conditions mostly don’t reflect reality in any major metropolitan area, however.

The tech sector in the U.S. has always faced criticism for a dangerous strain of utopianism. Remember the “wisdom of crowds” idea from the early ‘00s? With the rise of the online propaganda and misinformation ecosystem, crowds swiftly demonstrated they aren’t very wise, after all.

In light of these facts, how do we implement 5G infrastructure in way that preserves individual privacy, resource sustainability and communications efficiency? And how do we do it in a way that provides benefits to health and welfare to the broadest segment of a smart city’s population?

A poorly executed “smart city” could easily focus its efforts on hammering citizens with advertising and “nudge” marketing from companies who fund campaigns for city government while empowering autocrats to invasively monitor everyone’s behavior, adding few real benefits to the population at large.

As mentioned above, 5G is now running smart factories building the 5G components to enable smart cities. Different proof-of-concept smart communities exist in enclaves all around the world, and countless grants and research projects have been devoted to the logistics of setting up smart civic infrastructure. Now is the time to make sure our public tech solutions align with our goals as a society.

In other words, we have the tech mostly figured out. Designing our smart cities to optimize the experience of all the citizen stakeholders is now the biggest challenge.

“That’s where there is something to be invented,” said Edouard Geffray, France’s General Secretary for Information Technology and Civil Liberties (CNIL) in a 2017 interview. “In other words, it will be by bringing together all the city’s stakeholders – citizens, public authorities and economic stakeholders – that the city will really be able to be smart. Otherwise, it will only be mechanical or economic.”

European governments have been grappling with these issues in a way we haven’t started to, yet, in the U.S. – largely because the networks there are more advanced. The French Parliament, for instance, passed the sweeping “French Law for a Digital Republic” in October of 2016. This is one of the first laws of its kind governing data storage and access related to smart city services and utilities, according to a 2017 article in Field Actions Science Reports.

Scholars studying smart city issues will be watching to see how the French government implements, enforces and amends this law to inform regulations in the US and other nations.

SkillsetGroup IT: Aligning and Optimizing 5G Solutions with Efficiency and Agility Download this handy PDF to learn more about SkillsetGroup IT’s information technology consulting services, including specific expertise we provide, projects we service and other ways we can grow your business.

SkillsetGroup IT does this kind of technology solution alignment for companies in the private sector all the time. Too often, the “gee-whiz” factor that comes with new technical solutions can obscure problems and complications that arise from implementing new data systems.

The governing bodies of smart cities, as their technology comes online, will have to lead a campaign of tech alignment and optimization with input from the public, utilities, the local business and labor community and community organizations to make sure smart cities are actually smart, rather than devolving into machines for extracting data and money from the populace.

This will be an effort unprecedented in history, involving diverse stakeholders and lots of public input; how we want to build smart cities with with 5G technology is a matter for public discourse. Our job at SkillsetGroup IT is to make sure these new, networked tools for governance and productivity work as promised.

Whether you operate a local utility, city government, fire authority, or an antenna manufacturing facility, partnering with SkillsetGroup IT lets you focus on your strategy rather than technical difficulties with execution and implementation.

Let us worry about vendor problems, personnel issues, skills gaps and tech worker shortages – solving those problems for you is why we’re in business. No matter what the 5G technology application, SkillsetGroup IT is your partner to ensure your solution runs flawlessly so you can focus on the people you’re serving.

“The political and legal consequences of smart cities”

“Ericsson to begin US 5G smart manufacturing in Lewisville, Texas, in early 2020” 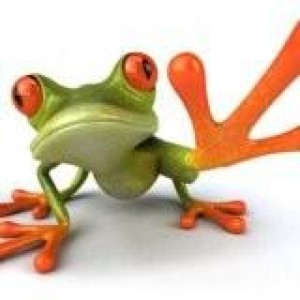 SkillsetGroup IT: Global Software Leader Says, ‘Leave it to the Experts’